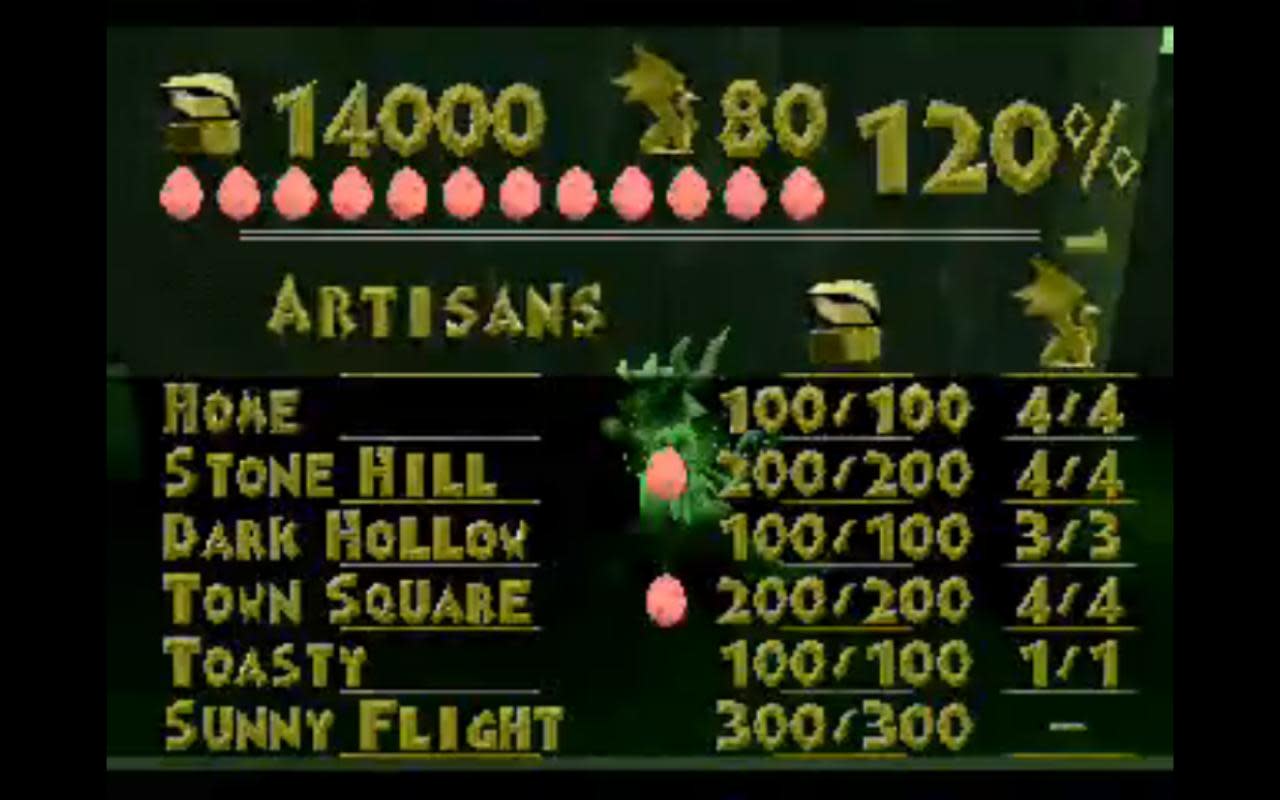 There are games, and then there are games within those games. That is, the game tracked by your Steam library’s goading collection of greyed-out achievements. The meta game of 100% completion, of ticking off all the boxes; kill 20 of this enemy; complete the game without ever resting/dying/being knocked out, on hard mode, with one character, using just your wrench/pointy stick starter weapon; collect all the hidden gems; beat the secret mega boss without taking any damage. There’s no rest for the committed completionist.

But even if I manage to ignore the achievement meta-game, there are plenty of video games that offer in-game rewards for the most obsessive type of player. Batman: Arkham Asylum only shows the full ending cutscene to players who achieve 100% completion (hope you like hunting those Riddler trophies). Bayonetta awards the Climax Bracelet only to players that find all achievements and secrets. Tomb Raider 3 has a bonus level for the dedicated. Then there’s Final Fantasy VII‘s master materia, Metal Gear Solid 3‘s Stealth Camo, GTAV‘s bigfoot. The list goes on.

There’s a difference between loving games and letting their finely tuned obsession-bait control you.

When I start a new game, it feels like I don’t just need to play it, I need to play it RIGHT. That is, take the optimal path to 100% completion, or at least, the path that lets me see all the content, get all the cool hidden weapons and so on.

I paid for it all, which means I’m kind of throwing money away if I don’t get to see it, right? If I complete a game without getting all the cool stuff, what am I supposed to do? Play all the way through again? But I’ve got other games waiting to be played!

If This Sounds Familiar, You Might Be Suffering From Completion Anxiety

And you’re not alone, friend. Common symptoms include:

Everyone in the Now Loading office has a story about completion anxiety getting the better of them. From reloading in Mass Effect whenever you’d randomly get a renegade point despite being 99.99% paragon, to sticking with a despised NPC because you know the game wants you to keep them alive for the ‘perfect’ ending, we’ve all let this obsessive tendency get in the way of playing a game in a way that’s not quite true to ourselves.

If we weren’t obsessive about games, we wouldn’t be here. But there’s a difference between loving games and letting their finely tuned obsession-bait control you. Here’s some tips to avoid getting trapped in the completion-grind hamster wheel.

You Don’t Have To Have It All

The self-awareness required to break my completion-obsessive habit came thanks to two RPGs I played this year. I found myself stuck on Obsidian’s Tyranny, because they’d crafted the storyline in a way that it was impossible to keep all the factions happy and consequently collect all the rewards from them in one playthrough. I kept trying to find a way to have my cake and equip it, eventually finding myself unwilling to progress beyond a crucial decision point that would lock a certain amount of content away for the rest of the game. Effectively, my completion anxiety had given me a Game Over.

But despite a period of teeth-gnashing frustration, I also eventually found acceptance. I realized that previous RPGs had been too eager to hand everything to me on a platter. My Skyrim character was the Harbinger of the Companions, Archmage of Winterhold, Listener to the Night Mother and Guildmaster of Thieves as well as an Imperial Legate, despite all that making very little sense. In contrast, my Tyranny character had to make some tough choices with game-changing consequences, and once I took the plunge, I loved it. Perhaps paradoxically, it was liberating. It let me play my character without trying to exploit the meta-game for maximum reward.

Another epiphany that helped me get over completion anxiety was playing Undertale, which remembers your previous playthroughs. Restart the game after a pacifist run, and Flowey will call you out for depriving everyone of their happy ending just so you can see what happens if you try the more cruel options.

If you complete the game and kill everyone your game data is corrupted so that if you try a new game for a pacifist run, a hidden enemy will emerge and slaughter your friends at the end. Choose the path of no mercy and Sans will call out your obsessive desire to do everything available in the game, no matter how twisted.

Learn To Stop Worrying And Love The Game

We’ve reached a stage where the video games themselves have been forced to react to rescue us from our own compulsions. Undertale and Tyranny helped me to close my browser, ignore the walkthroughs and re-discover a more natural, instinctive playstyle where my choices lead to more meaningful, wholesome rewards. Strangely enough, this provides a much more satisfying pay-off than any one item reserved for the 100% club.

Hopefully, future titles will take lessons from these stories and realize that the most rewarding playthroughs often have little to do with in-game rewards.

Do you suffer from completion anxiety? Share your tales of obsession below!

This article originally appeared on video games magazine site NowLoading.co. The site is no longer online, but I’ve uploaded a few articles from my time as a staff writer there (2016-2017) here as portfolio samples.

This site uses Akismet to reduce spam. Learn how your comment data is processed.